Here's to my first guest blogger, Kendra. Kendra is a gorgeous babe who has her own fashion inspiration blog, which happens to be called Fashinspiration (she's wicked cute like that ha) Check it out here. Thanks Ken for writing such a GREAT post. Enjoy readers :)

I guess I’ll start off by saying how excited I am to be doing a guest blog post for a very talented fellow fashion blogger and a close friend. I have been interested in fashion for most of my life, with out even realizing it. I recently went through some of my old Barbie dolls to give them away and found all the outfits that I made for them when I was younger. I may have played with Barbies a little longer than I care to admit, but even back then I thought I could make the outfits better than Mattel… I was wrong, but I tried! And for most of my life I have been of the mindset that if I can’t find an item of clothing that I want, I try to make it instead. Then there is the mild obsession with models designer clothing. Needless-to-say, when Hattie emailed me last year and told me she was doing a fashion show to raise money for cystic fibrosis, and she wanted me to be in it, I jumped at the chance.

It was so much fun last summer to get together with a group of awesome girls to practice our model walks. I’ll admit, most of us were terrified with the prospect of putting on heels and strutting down the runway in front of hundreds of people, but we knew we were doing it for a good cause! We walked back and forth across a room while a model coach told us what we were doing wrong. Oh the judgment you have to face everyday as a wannabe model. She taught us how to do proper turns and poses, and we did them – awkwardly at first – but getting better each time. When we finally started going for fittings the week before, it really sunk in how excited I was for this fashion show.
A couple of days before the show, another friend of mine asked me to play a role in an independent film and I agreed (I like to keep myself busy). The film was being shot in an outdoor swimming pool that we did not “technically” have the rights to use. This required some fence hopping, which I’m not proud to say, I was no stranger to. The night before the fashion show, we went to do some filming. I got over the fence ok, but when I was going back over I was consumed with thoughts of a story my friend had told me about someone getting their finger stuck while fence hopping. I jumped prematurely from way too high, and landed flat on both my feet. I felt the pain immediately but hoped it wasn’t as bad as I thought it was. We filmed one more scene and then when I went to walk I realized that I couldn’t.

At the doctors the next day my face was raw from crying all night, not from pain, but from disappointment. The doctor even felt the need to ask me if I was suicidal. Seriously! No, not suicidal, but pretty damn stupid to have damaged my feet the night before I was supposed to walk in a fashion show.
I was not able to walk in the show… crutches were not a hot accessory that season. But I went anyway, and hobbled around the crowded space. The show was packed, so much so that I - on crutches - almost couldn’t get a seat! Now that’s a full house. It was an amazing show, and the only good thing about rendering myself unable to walk, was that I got to relax and enjoy seeing my friends on stage during such a wonderful night of fashion (as opposed to freaking out back stage with them.)
I don’t know the details, but it looks like we might be doing it again this year. And having witnessed it once, I can guarantee a great show. Only this time, I’m putting myself on house arrest for the week leading up to the show. However I cannot guarantee that I won’t injure myself on the runway… such is the life of the uncoordinated. 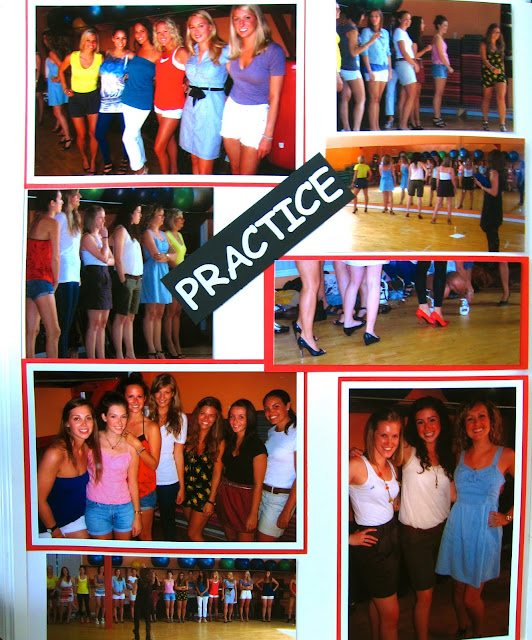