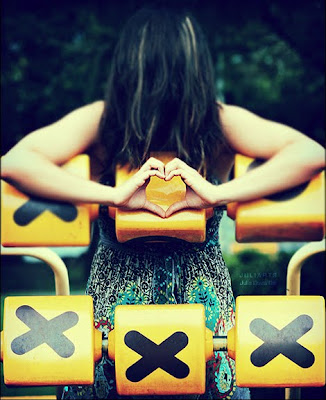 here is a modern day love letter in the age of science.
Be My Valentine, beloved XX carrier
by Micah Toub of the Globe and mail
photo credit http://weheartit.com/entry/7151066

Valentine’s Day is coming up on Monday and I hope that you will agree to see me again. I’ve enclosed a box of chocolates in a desperate attempt to release endorphins in your brain and confuse you momentarily into thinking that you are happy to be hearing from me.

Remember the party where we first met? It was a summer night and we were in a mutual friend’s backyard. I saw you before you saw me – my male amygdala responded to the visual stimuli more quickly than your female one – but you couldn’t help but notice me when I approached. You introduced yourself and then a light breeze ruffled your hair, carrying your scent into the air. In turn, my olfactory receptors were able to verify that, at that moment under the moonlight, you were not ovulating. I smiled awkwardly. “Do you know where the bathroom is?” I said, looking back toward the house before walking away.

The next time we ran into each other we were both on our way out of the gym. With my testosterone levels raised, I very much wanted to engage in criminal activity, do something else anti-social, or maybe have a heart attack. But I also wanted to have sex. Your own increased testosterone was binding with your estrogen receptors, so you accepted my invitation to get a drink. After we’d sat down, I concentrated on your face for the first time and my breath was taken away. “You are the most symmetrical woman that I’ve ever seen,” I told you, and you blushed.

Later that night, I walked you home and as we stood outside your apartment, you ran your finger lightly along my right cheekbone, tracing a scar, becoming more attracted to me as you imagined the brave masculine spirit that I must possess to have taken on some wild animal to protect those that I love. (That had really hurt a few years before when I tripped over my collector’s edition He-Man action figure and fell face first onto Castle Grayskull.) Next thing I knew, we were in your bed assessing each other’s waist-to-hip ratios and body-fat percentages.

That night, and for the next two weeks, we engaged in the activity unique to our species, bonobos, chimpanzees and dolphins – mating with no intention of procreation – and it wasn't long before I had hopelessly and 100 per cent fallen into a dopamine addiction.

Then came the day that I called you and you didn’t call back. A week passed. You had me wrapped around your finger like a prairie vole, one of the few mammals that, like humans, have the ability to associate the pleasure of oxytocin release in the brain to a specific partner. I remember drinking half a bottle of Scotch and cursing at a photograph of you on my iPhone. “I wish you exhibited a response like the prairie vole, but you must be more like a rat,” I spat. “A rat can feel pleasure without chemically attaching it to another living creature.” It hurt me to say that.

As the days wore on, I couldn’t imagine never limbically resonating with you again. I stalked you. I visited places I knew you’d turn up. My friends told me I was crazy, but I decided then that if loving you was akin to having obsessive compulsive disorder, then I didn’t want my serotonin levels to be as high as the average test subject who did not report that he or she had formed a relationship in the past 17 months. If that’s wrong, so be it.

When you finally did get in touch last week, you intimated that the volume of vasopressin secreted from your pituitary gland was not enough to form an attachment to me, and who am I to disagree? I saw you on the street talking to some guy who is an inch or two taller than me – and maybe you deserve someone of a statistically higher status – but it’s not like your lips are exactly half the width of your face at mouth level. Sorry, I don’t really mean that. I don’t know what to say. Maybe in a couple of days, when you’re slightly past the peak of your ovulation period – I remember your cycle – and become attracted to men for the longer term again, you’ll want me back. If you call, your voice will have a slightly lower pitch because you won’t be trying as hard to display your feminizing hormones, but it won’t matter.

They say love is blind. I don’t know about that, but I do know beyond any measure of doubt – or at least within a 4-per-cent margin of error – that I have been blinded by science.

Yours, an unrequited mate selection,